My favorite writing advice (from myself)

On Christmas I got my inevitable first 1-star review. I don’t disagree with any of it: nor was I surprised… the review notes it’s basically a blabbering, self-important mess of a book with no clear headings or topics. Though I was surprised at the “no useful material for real authors” part, because I’m absolutely sure there’s a lot of specific, practical stuff in there, even if you just skim through the bullet points.

As for the writing, it’s true I’m wordy. Some people have commented that this “isn’t like my other books” and there’s a simple reason why: those others were merely providing value, with nothing extra. No style, no personality. They were helpful, but not impactful. This is what I’ve learned about writing nonfiction: useful is not enough. You can even be useless as long as you keep people reading and make them feel things.

I also, like many writers, love the sound words make when you rub them together; and I definitely have a problem with organizing my thoughts or spinning off into some obscure literary tangent of insane history I think everyone needs to know about immediately. I did try to contain myself: by cutting nearly 25K that I wasn’t sure people needed to hear.

Even now – I’m rambling, instead of promising you the value I promised. But mostly, I made this post to lovingly share some of my favorite passages. Because here’s the thing, while I don’t disagree with the 1-star reviewer’s opinions or response, I still love parts of this book. So here are some of my favorites.

Courage is a limited resource that needs to be constantly refilled. Courage belongs to those who know they are lying to themselves; the painful anxiety of forcing yourself to do the thing while also recognizing that somehow, eventually, the other shoe is going to drop, an infernal deferment of practical considerations in favor of artistic ones, a bold negation and refusal of the final reception, deliberate as a sword, ferocious self-protection, bent on survival.

People romanticize their plans but dread the execution. The magic you’re looking for is in the work you’re avoiding. I’ve seen this quote but never a big break down. My first instinct is to be cautious: there’s nothing glorious about doing the work. Not all work is good work; if you’re dreading or avoiding it, it’s probably not your best work. But… if it doesn’t come easily or naturally, that also means you may need to dig deeper, and the deeper you dig, the more likely that you’ll find diamonds. In the comments under the quote I saw this exchange:

“The cave you fear to enter holds the treasure you seek.”

In my personal experience, those very hard scenes to write, the place you get really stuck, they are frustrating and uncomfortable. Wrestling with them can make you lose focus, momentum, they may be exhausting. They may require days of computational power and avoidance. But when you solve them, they might just be the key to the entire story.

I’ve actually seen the quote rephrased this way: The magic you’ve been waiting for has been here all along, just waiting for you to see it. Interestingly, they both mean the same thing, but the emotional response to the problem is very different.

The first draft through this section will probably be a swamp. Both you and your characters may be striving to put things together in a meaningful way. But don’t fight the doubt, that’s your subconcious reaching for something better. Trust that the answers will appear when you’re ready to see them. The truth is, the bear and the treasure are in the same cave.

Done properly, the razzle-dazzle will also tickle their imaginations in an entertaining way. It pulls them in. They have to know what happens next. This is why we have appetizers: they stimulate your stomach so that you’re hungry and will taste and enjoy the main course.

The story comes in the middle: first, the fun and trivial weirdness that will be important later (hocus pocus), then the slow buzz of electrifying conflict and tension that gives the story energy (shazam). You need to have people on the edge of their seats before you can astound them with the big reveal, the surprise twist, the abracadabra.

If it sounds like I’m speaking gibberish, don’t worry, it’ll make sense soon. The thing to remember here is, the presentation of the material, the way you tell the story, impacts how surprising, shocking or wonderful the “trick” or surprise actually is.

I can’t help jumping in here to share the concept of Nábrók, or corpsebritches—the making of a pair of pants from the skin of the dead—believed in Icelandic witchcraft to produce an endless supply of money. Just because you put on your  “magic pants” (the ardent belief that discovery writing or pantsing necessarily increases the value) doesn’t mean the book will sell.

An amateur will love to watch the sparkles of inspiration brighten their page like fireflies; a craftsman might tear off their wings to see how they work. But a magician, one who has mastered the craft enough to summon his own deep magic, will capture them in a jar and allow their light to shine.

Resistance is the secret sauce of most scenes, especially those weak in actual conflict or tension. If the characters feel buoyed by happiness and fulfillment, something in the scene reminds them of a painful past or challenging obstacles yet to face. If they’re already depressed and anxious, mirthful laughter or bright colors might seem like a deliberate mockery. The disagreement between a character’s inner mood and outer surroundings creates palpable tension while describing each, without either feeling unimportant or boring.

We get better at what we practice. We attract what we focus on. If you want to be a writer, you need to write. But this isn’t a magical, instant transformation, and we aren’t just writing an inspired poem in a ten-minute frenzied burst. We’re going to need more than inspiration. More than an inkling of desire or a passing whim. We’re going to need an all-encompassing purpose, burning through obstacles like a meteor, an impenetrable shield of courage, and an armory of resistance-fighting weapons (better word). That’s why this book cannot simply be a basic how-to guide, because writing is not simple, and your biggest obstacles are already inside you, bristling uncomfortably in the darkness.

I hope you break my rules. I hope, once you’re back to the safety of your hotel or lodging and the dark shadows of the night are behind you, you find them silly and trivial. But in that terrifying emptiness, when the veil recedes and the liminal darkness is filled with nefarious creatures, creativity becomes numb. As the soul languishes in this creative purgatory, this in-between, any direction is better than none.

Zealous dedication does not earn the right for affection or loyalty, though many authors operate from this assumption: because I didn’t follow the instructions, because it’s more creative, people should like it more! And they might. But if they don’t, it’s not their fault for not appreciating your creation; it’s yours for not valuing their time or interests.

I hope you break my rules. I hope, once you’re back to the safety of your hotel or lodging and the dark shadows of the night are behind you, you find them silly and trivial. But in that terrifying emptiness, when the veil recedes and the liminal darkness is filled with nefarious creatures, creativity becomes numb. As the soul languishes in this creative purgatory, this in-between, any direction is better than none.

You can reject, refuse or resist these prompts and they will still serve you better than starting with absolutely nothing and reaching randomly into your empty bag of tricks. Like the Room of Requirement, these prompts will produce according to your needs and desires. When you don’t know what you need at all, your fingers grasping in every direction for a lifeline, that’s not a problem creativity alone can solve.

Your current, comfortable writing practice is like the old familiar cow that’s stopped giving milk and needs to be taken to the market. It may be hard to part with at first, but imagine it like the golden calf of your writing altar. It provides temporary comfort, but needs to be exchanged for something deeper and more powerful. I’m not asking you to sell the cow. I’m giving you the magic beans for free. All I ask is that you plant them and see what grows in the fertile field of your imagination. I promise, they’ll bear fruit. 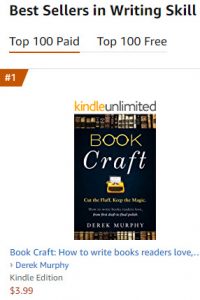